The Women’s National Basketball Association (WNBA) season tipped off Friday night, May 18 at 10 pm ET. The match-up featured the Dallas Wings vs. the Phoenix Mercury, with the Mercury winning, 86-78. This year marks the 22nd year of existence for the WNBA. Let me be the first to say that last year’s Final was compelling and awesome. Here’s to another successful season.

If I have any gripes about the 2018 season, it is that I sought to purchase the jersey of one of my favorite basketball players of all time: Minnesota Lynx forward, Maya Moore. 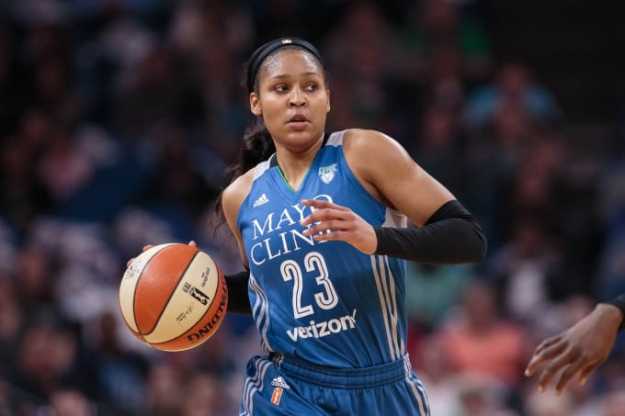 Let me clarify. I could not purchase an officially licensed jersey from the WNBA team store. I’m sorry, but I don’t want to order some poorly made jersey from eBay and hope that the stitching stays together. It wasn’t just Moore’s jersey that was unavailable. Almost every player in the league was missing their threads online, save for a few.

My problem became something I wanted to write about because I was curious and decided to make my way to the NBA G League page just to compare. Granted, there was an absence of replica jerseys there as well, but I could purchase a customizable jersey for the team I searched.

I’m not naïve, I know that the revenue for the G League and the WNBA isn’t the same as the NBA, but to be fair, I DON’T CARE. These are the premiere women athletes and yeah, I want the option to purchase a Maya Moore jersey. And Elena Delle Donne’s. And Skylar Diggins-Smith’s. And Candace Parker’s. I think you get it.

At the time of this writing, there very well could be a plan of action in place to create the apparel. If so, then alright, I’m ecstatic. But if not, I think Nike needs to get on it and expand the line. I’m talking jerseys, hats, t-shirts, etc. I’m going to one of the two games the Lynx play in Chicago this year against the Chicago Sky and even though my hometown team  is hosting (and I want them to be successful), I would much appreciate rocking my #23 jersey.