Christopher Kyler is a first-year undergraduate student at Bowling Green State University. He plans to major in Sport Management with a minor in Marketing. Christopher is from Parma Heights, Ohio and is a diehard Cleveland sports fan. He is interested in many sports, but mainly football at the professional level. 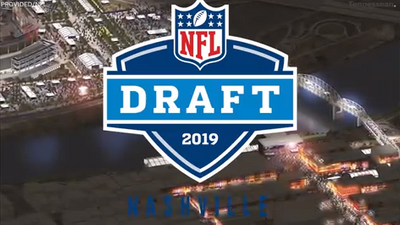 Less than a month away from the NFL Draft and Twitter is buzzing with all the rumors, pro day performances, and opinions from fans, reporters, and even players. The rise of social media has drastically changed how fans, teams, and prospects consume the annual NFL Draft process. Media at local and national levels are both very involved in the analysis of prospects down to every microscopic detail they can find.

Last Thursday the University of Houston had their Pro day, where top prospect Ed Oliver had a stellar performance. At 6’2” 287 he ran a 4.73 40-yard dash (Maya, 2019); within hours, news of his impressive performance spread like wildfire all over Twitter. The rise of social media sites such as Twitter, Facebook, Instagram, and Reddit has spurred many avid fans to pursue the small name prospects their team just has to have.

Ed Oliver, the former Houston Cougar, stuffed the run, and padded his resume in his three seasons with the team. He tallied 192 tackles, 53 for loss, 13.5 sacks, 11 pass deflections, and 5 forced fumbles while mainly playing from the nose tackle spot (“Ed Oliver,” 2019). His name has been in headlines since he committed to Houston as the #4 prospect on the ESPN 300. This is one example of a top prospect going to a smaller name school, without having to drop a lot of exposure he received. Social media also helps smaller school prospects with easily being able to share their highlights, which helps get their name out there.

The NFL Draft isn’t new to small school talents going in the first round, and this year won’t be any different. But social media has made it possible for many prospects to have the possibility for it to happen to them. Access to more prospects than ever before has given NFL fans a greater awareness of prospects in every corner of college football.

Christopher Kyler is a first-year undergraduate student at Bowling Green State University. He plans to major in Sport Management with a minor in Marketing. Christopher is from Parma Heights, Ohio and is a diehard Cleveland sports fan. He is interested in many sports, but mainly football at the professional level.

Around and around the NFL Coaching Carousel goes, these days it seems there is always a story about rumors that an NFL coach or coordinator is on the hot seat. It seems the days of a 20+ year coaching tenure is all but gone in the NFL, but what is driving the carousel? The media, at both the national and local levels. This is both a blessing and a curse for coaches in the NFL.

The turnover in coaching reflects a general trend in the media of being less scared of backlash from coaches, and becoming more critical of the topics they cover. For sports this comes at a cost for players and coaches whose livelihood is on the line. That’s how you get national media figures like Cris Carter and Nick Wright saying on First Things First that the Texans’ season would be over if they fell to 0-3. The Texans since then earned 9 straight wins, but had the situation worsened, a good coach like Bill O’Brien would be on the hot seat by now. Already this year the Buccaneers, and Bengals have fired their Defensive Coordinator, the Browns, Cardinals, and Jaguars fired their Offensive Coordinators; lastly the Browns and Packers have fired their Head Coaches. The last firing was most surprising given that he had won a Super Bowl, although he had been struggling to use his players to their full potential.

Tom Landry during his 29-year tenure with the Cowboys won 5 NFC Championships and 2 Super Bowls. His first winning season didn’t come until his 6th season at the helm. After 15 years with the Dolphins, Don Shula, who has the most wins in NFL history, had 4 straight years where he did not have a winning season or make the playoffs. The media has helped to create an impatience in the NFL with a mindset of ‘win now’ which is draining teams, players, and coaches, instead of letting teams gel together and create a chemistry over time. One could point to Bill Belichick as being responsible for this change, since he went from 5-11 to 11-5 and Super Bowl Champs in his second season with the Patriots who have remained the most consistent team in the NFL since then.

The media has every right to criticize coaches, but there comes a point where they overstep their boundaries. They have spoken up and affected how an organization looks at their own employees who come into work every day. But somehow the people from the outside looking in have more of a say on someone’s job security than their employer.

Christopher Kyler is a first-year undergraduate student at Bowling Green State University. He is planning to major in Sports Management with a minor in Marketing. Christopher is from Parma Heights, Ohio and a diehard Cleveland sports fan. He is interested in many sports, but mainly  football at the professional level.

After a horrific loss to the Redskins, Jameis Winston will once again start for the Tampa Bay Buccaneers. There’s a lot of talk about whether or not Jameis Winston is a franchise quarterback in this league or even worthy of being on a roster. After coming out of Florida State with high expectations right away, and the expectation to grow, Winston has not lived up to the hype. His first pass in the NFL was a pick-6 which properly represents his time in Tampa so far as a starting QB. Although he did well in his first two years, even making the Pro Bowl his rookie season, Winston recorded 16 fumbles and 33 interceptions in that same time frame. Shannon Sharpe and Skip Bayless both expressed doubts about his future with the team on their show Undisputed. The national media, for the most part, has written the end of Winston’s tenure with the Buccaneers organization.

While the media has been tough on Winston’s off-field actions, which he deserved, media outlets have been increasingly tough on their opinions of his on-field play. Many have put the nail in the coffin for his days for Tampa, which would continue their trend of never resigning a quarterback they drafted to a second contract (Florio, 2018). This scary statistic can also highlight that there is hope yet for Winston’s time as a signal caller, since three of those quarterbacks went on to win Superbowls with another team – Doug Williams, Steve Young, and Trent Dilfer. We will see if the Glazer family decides to give Winston another contract or to go their separate ways.

Going back to Winston’s expectations coming into the league, one of his supporters was Cris Carter, on First Things First, thought the former Heisman Trophy winner would progress his game with experience. Carter believes Winston is not the player he thought he could be, and that he continues to make the same mistakes. Jameis Winston, the first pick in the 2015 NFL Draft, won three games last year as a starter, while the last QB taken, Trevor Siemian, won five. I like to say it’s never a mistake until you make it twice, but after 63 times you would think Winston would learn to keep the ball away from the other team.

With his future in question, it will be interesting to see what Jameis Winston does with his back against the wall and all 32 teams examining him. We may have seen his peak, or the best may be yet to come. Winston has continually made costly mistakes, while also showing signs of greatness; we could see either side stand out. Either way, it is sure to be amusing to see if Winston can prove his caliber in Tampa Bay, or reach his peak with another organization.